SERVING MY CLIENTS SINCE 2005 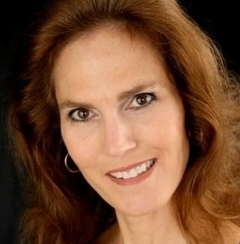 At age 11, I had bi-lateral reconstructive foot surgery.  My surgeon recommended “lots of swimming” as therapy, so my parents signed me up for a club swim team.  My journey with swimming lasted well beyond my recovery…..I swam for several club teams, my high school, my city…..took a break from competition during my college undergraduate years…..resumed competition during graduate school until retiring from competition in the mid-90’s.  Thereafter, I continued to swim for fitness.

My relationship with Endermologie® began as a result of swimming.  Though I was a workout fiend, swimming a dozen miles a week with a Masters club team, I was self-conscious of my changing skin, to the point of feeling compelled to wrap my towel around my waist while walking around on deck.  In 1998 I watched a national news magazine touting Endermologie’s® benefits.  Skeptical, but willing to try anything, I began receiving Endermologie® treatments.  I was flipping my towel over my shoulder in no time!

And with that, a true Endermologie® believer was born!

As I continued to receive Endermologie® treatments during the ensuing six years, I knew I’d find greater fulfillment in introducing Endermologie® to others who were unaware of this marvel in technology, than in continuing to serve “Corporate America”.  So in 2005, after 18 years of service within, mostly, the healthcare sector, I said “So long!” to my middle-management career, achieved LPG Level 1 certification and licensure, and opened my first Endermologie® practice in St. Joseph, Missouri.  I even returned to LPG one year later for Level 2 certification, a.k.a. “Expert” – Endermologie’s highest credential!  Shortly afterward, I moved my practice to Kansas City where I continued training and networking with Endermologie® professionals from around the country, keeping current on advances in research, and for “pointers” from some of this country’s most highly-skilled professionals, all to gain knowledge to better serve my clients.

In 2011 I moved my practice to Arizona, and in 2015, to celebrate my 10-year anniversary, I upgraded my Endermologie® technology to the award-winning “Integral 2”, returned to LPG for “Integral” Body and “Integral” Face certification, then watched with amazement as my clients’ bodies changed, seemingly, right before our eyes!  In 2019 I returned to my hometown, Kansas City, to pick up where I left off in 2011 and get the ball rolling again!

When I remove my “small business owner” cap, I enjoy ballroom and country dancing, hiking, and exploring the local area.

Now armed with 16 years of specialized, continuous practice, four Endermologie® credentials, a higher-than-industry-average success rate, and the “Integral 2”  - you will be hard-pressed to find a more passionate practitioner of Endermologie®!  Let’s get started on your transformation!  Call me today at (913) 339-8011!